Posted on September 9, 2017 by lostspherespublishing

THANK YOU FOR YOUR SUPPORT!

City of 7 Seraphs FINAL HOURS!!! Wolfgang Baur is UNLOCKED! How many more???

How many Stretch Goals can we get?

Posted on September 7, 2017 by lostspherespublishing

“That is a vampire? But shouldn’t it… sparkle?”

-Primeworld Recruit to the Wardens on their first visit to the Chapel of the Faith Devoured.

This is it! Less than 5% remains between us and the City resolving from Shadow and Dream.

Thank you to all of our team members, friends, family, backers and for getting us to this point. But we need to see it home (and maybe into some amazing Stretch Goals!). Spread the word!! Here are links for ease of sharing:

Can we fund today and get into Stretch Goals in the last 48 hours?

Posted on September 6, 2017 by lostspherespublishing

“I enjoy this Now, it is mine and I am its. I would not bloom here were their not need but I know now I shall enjoy discovering what it is.”

Tieflings, oreads, and other planetouched fill the streets of the City of Seven Seraphs much like other great metropolises but they aren’t alone. In today’s Infinity Lock reveal we introduce you to the races of the City that are new to people unfamiliar with its populace.

In the increased pagecounts the PC Races Section expands to its full vision of :

Don’t forget each of these races will be presented with feats, alternate racial traits and options in the tradition of the Pathfinder Roleplaying Game Advanced Race Guide.

Posted on September 5, 2017 by lostspherespublishing

“What am I? I am the reflection that completes your story…. The confrontation that weighs your heart before the Elder Things you adore. I am your opposite and equal reaction.”

-Ayoya, mirrorkin echo facing a cultist of the Yellow King.

While the Kickstarter Campaign has been running our game of puzzles and riddles were a fun way to entertain backers and show them a taste of our enigma. But at the end of our campaign it is time to draw back the curtain and show you the full value of the project!

Christen has been working around the clock to increase the value of the project to backers and we can happily confirm an expanded page count that moves total to 400+ pages!! Extra page count means extra player options without impacting over 200 pages of City details and planar adventure tools.

In the increased pagecounts the Classes Section expands to its full vision of :

And don’t forget archetypes, feats and options for dozens of other classes including our own Shadow Weaver casting class and Paramour expressions!

To Infinity! (The Final Shadow Lock is Solved!)

Posted on September 5, 2017 by lostspherespublishing

“Often we can’t truly know a thing until we stand in the right place to see the whole of it.”

We’ve had our fun, and want to thank everyone for playing our mini-campaign with us! But Catherine, Nichole, Mike, Matt, Jamie, Vannesa and Aaryn have managed to crack all the Shadow Locks and reveal the hidden depths of our project!

You saw in the First Shadow Lock Reveal that Thilo “Endzeitgeist” Graf was added to the City of Seven Seraphs Team, well all good things come in 7’s on this project so here are the rest of the Shadow-Weaver Design Team: 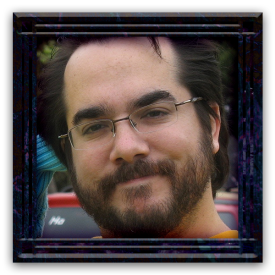 Brian Suskind (District Design & Dark Dealings) – Brian will be taking on the Pacts District, home to the Loci of Eternity, the Radia-powered ascension engines of the House of Heights and the Grand Brokerages of the Temple of Coin, where nearly anything can be had for a price!

Richard Moore (Additional Development & Cat/Christen Herding) – Having already been broken in dealing with Christen’s madness on the Jon Brazer product Nine Lives for Petane, Richard foolishly is coming back for more! He will be polishing our prose and tightening our mechanics where we need it most

Andrew Mullen (Equipment Design & Spidery Shopping Sprees) – Andrew brings fresh eye (and he’ll need a lot of them!) to the task of gearing up our unusual planar races and supporting the Wardens on their missions through the Infinite! He might also help Savannah with Souffle.

Kate Baker (Worlds of the Lattice & Equipment Inspector) – When not helping Andrew fit veryx with filigree armor, Kate will be walking the Lattice and looking for promising worlds to detail in the Worlds of the Lattice section of the book, helping Christen fill out the unique destinations travelers may find along its reaches. 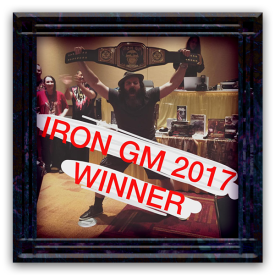 Erik Frankhouse (Mapping Infinity & Graphics) – Erik took enough time wiping off the blood of the fallen after IronGM this year to sketch out the vision of the Planar Map known to the inhabitants of the City of Seven Seraphs and as the project nears completion his madness may also touch elsewhere.

Isabelle Lee (Enemies of the City: Kyton Exarchs!) – As with Colin McComb, the dark patron of the Kyton race, we had to bookend those creations with the modern Queen of Choirs, Isabelle Lee! She will be rendering the Kyton Exarchs, among the greatest of all the Foes of the City. Be prepared to tremble in the sounds of Darkest Delight!

Check back soon because–Spoiler Alert–We are about to spill the beans on the OTHER classes and races in the City of Seven Seraphs! Remember awesome things come in 7’s right?

Posted on September 3, 2017 by lostspherespublishing 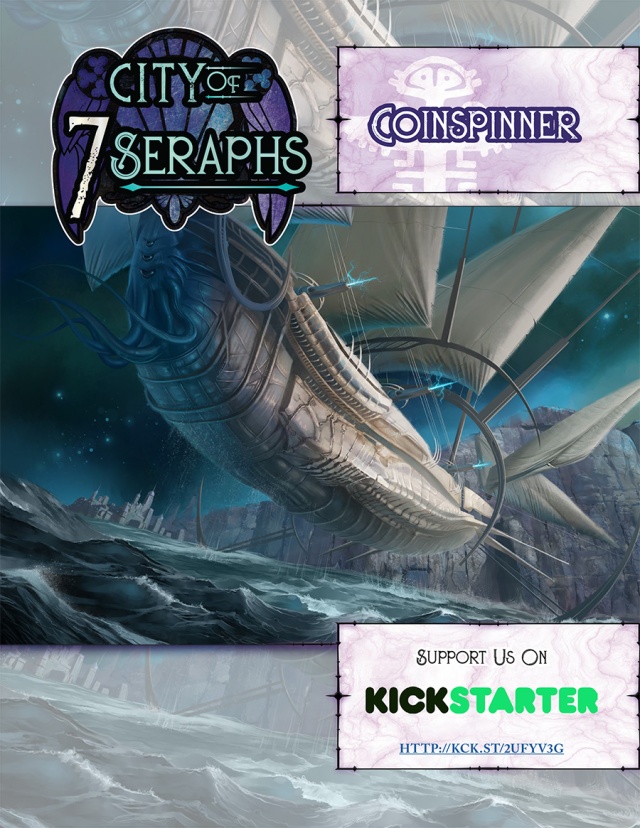 Sail into adventure’s heart about the Coinspinner! An extraplanar vessel salvaged from the clutches of the Undreamt, this unique ship (designed by George Loki Williams) will take its crew to the far reaches of the Unknown! Are you her next Captain?

Posted on September 2, 2017 by lostspherespublishing

Visit DriveThruRPG or RPGNow.com to get a free glimpse at City of Seven Seraphs!

Designer David N. Ross weaves an glorious fey tapestry of wonder under Christen N Sowards’ motes of Radia-induced crazy. David gives us petrified behemoths, shimmering forests and steaming volcanism blended together to give you the first taste of the project’s magnitude  and quality. Free sample archetype, monster and a more hide within!

Get yours today and you might even get to spend some time in a fey pleasure den….

Lost Spheres is looking for the help of heroes like you to spread the word during our Kickstarter’s final week! Use the links below to help spread the word:

Posted on September 1, 2017 by lostspherespublishing

As we started to talk to our design team it became clear that many of us were moved by many of the same forces when sat down to create. One of the influences that came up in multiple discussions was that of comic books. With the IMAX screening of Inhumans hitting theaters today, it only felt right to acknowledge some of those influences from the team.

The concept of individual change and evolution lies at the heart of the Inhumans comic book series and the City of Seven Seraphs project. Parities like the Chrysalis Covenant (designed by Todd Stewart) or the House of Heights (designed by David N. Ross) focus on journeys of radical self-transformation and ascendancy, while others deal with the consequences of Stagnation. Christen recommends Paul Jenkins & Jae Lee’s Inhumans graphic novel for those who want to grasp the essence of this energy.

Many, if not quite all of the design team also spoke of Neil Gaiman’s masterful series Sandman. Chronicling the King of Dreams’ stories the series allowed a dizzying array of world-scapes, stories and artistic styles. Magical transitions, conceptual entities and amazing mixed media cover art were just the tip of the iceberg with this wondrous vessel of Neil Gaiman’s words. Definitely worth a look! Look at Season of Mists PB or start at the beginning with Preludes and Nocturnes.

This stunning romp through the journeys of a trio of superhuman-archaeologists as they unearth secret history of the universe. A thinly disguised “love letter to comic book culture” the adventures of the Planetary team dive through secret cities and alternate universes. Check out the Omnibus collection here: Planetary Omnibus.

Time Travel. Rewritten history. Telekinetic mutants. Multiple personality mega-psychics. Every character re-envisioned. These are the X-Men’s adventures in the dystopian reality of the Age of Apocalypse. Those same words could describe adventures at Christen’s and Michael’s game tables. This batch of brightly illustrated mutant-loving crazy resonates in the fey battlegrounds and time-lost seers of the City’s war-torn histories. Omnibus edition here.

DC One Million (Scott and Christen)

Grant Morrison’s far future exploration of a possible DC Universe introduced far flung concepts like Superman 1,000,000’s hypnotic rain power or sentient smells attaching themselves to the color orange it was an exploration into the truly bizarre. Check out the DC One Million Omnibus here. Or for slightly less Gonzo adventures look at Morrison’s Crisis Times Five or JLA: Earth 2.

Robert decribed this as the “C-list” of marvel mutants under the tutelage of Banshee (Sean Cassidy) and Emma Frost (former super-villain White Queen). This series relied heavily on the artistic stylings of Chris Bachalo and writer Scott Lobdell to create a legacy story that while honoring the past of the X-Men was still decidely unique. Ties to the Progression theme of City of Seven Seraphs can be seen from the series beginning until the points were several of the team members move into the adult X-Men’s ranks.

City of Seven Seraphs Comic Book Inspirations in Your Games

You might notice that Christen’s name is by every single comic entry above. Comics have served to influence him creatively for nearly his whole life. Sci-Fantasy genres like Starfinder and Aethera draw on fantasy roots to produce exciting new realities for a technologically advanced future, but few fantasy games let the tides of the future influence them in the past as strong as they influence this project.

Curated mystical lineages. Clones and doppelgangers. Magical training academies. Radical self-evolutions. Magical dimension-warping star-vessels. All of these comic-book driven ideas permeate the DNA of the City of Seven Seraphs project yet in ways meant to remain firmly in the fantasical world of planar adventure. The idea of heroism sometimes is the idea of transcending limits and entering a new state of parahuman existence.

Lost Spheres is looking for the help of heroes like you to spread the word during our Kickstarter’s final week! Use the links below to help spread the word:

Feel the Love (Shadow Lock Six is Solved: The Radiant is Revealed!)

Posted on September 1, 2017 by lostspherespublishing

Thanks to Vannesa from South Jordan, Utah for solving the Sixth Shadow Lock and we are unveiling the Radiant! First trained in the fey-twilight of the Lightbringers’ towers, the secrets of the Radiant have become available to all in the City of Seven Seraphs with the will defend and passion to unite. The radiant class is a powerful support veilweaving class with the unique ability to invest their essence in allies to augment and defend, later reclaiming that essence to cleanse and purify.

The Radiant promises some of the most unique support-play in the Pathfinder RPG environment and backers will receive closed playtest access at the end of the Campaign!

Drawn and Quartered (Kickstarter is over 75%)

Posted on August 31, 2017 by lostspherespublishing

We are hitting the design mines hard for you all now that we are Less than 25% from bringing the City of Seven Seraphs into reality for you! As such, we are leaving you with Vincent Coviello’s amazing Onyx Angel preview!

Thank you all so much! Please help spread the word.

For ease of reference and sharing: