Posted on May 11, 2016 by lostspherespublishing 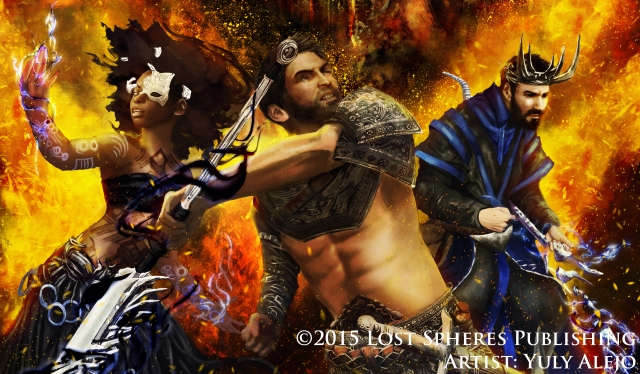 With conventions gearing up for the summer, it might be time to look at party metabalance for “instant parties” and other blind dates. Pathfinder Society offers an unprecedented amount of options for character creation and puts player first in this regard which means sometimes you sit down at a table to find a very “non-traditional” class group which can cause issues to the unmitigated or players with regular play groups who have experienced party shaping.

Getting the Band Together… Fast

Before proceeding it is worth noting some players DO not care for others understanding their builds or equipment. While it is possible these players are hiding illegal characters or otherwise cheating, it is more likely to be an issue with introversion or a roleplaying preference. If a player resists questions or doesn’t want to participate don’t force it.

Having a grip on what strength a party DOES have is a key to initiating a successful “instant” party. Consider the following availability:

Once you have a general idea of roles, characters who can use effects to support characters that are in roles not generally theirs might wish to do so. Consider:

Remember, even if players refuse to participate, choices in party metabalance only tend to increase success rates.  If a party doesn’t adhere to the classic roles, it can still be wildly successful and often produce unexpected and memorable results.

Not playing PFS? Try our options for a home game! Get Mythic Paths of the Lost Spheres or pre-order with the Book of Beyond WIP subcription (and get the Wielder and Herald mythic paths immediately) or see our other products at: d20pfsrd.com, drivethruRPG, paizo and RPGNow.