Posted on February 26, 2016 by lostspherespublishing 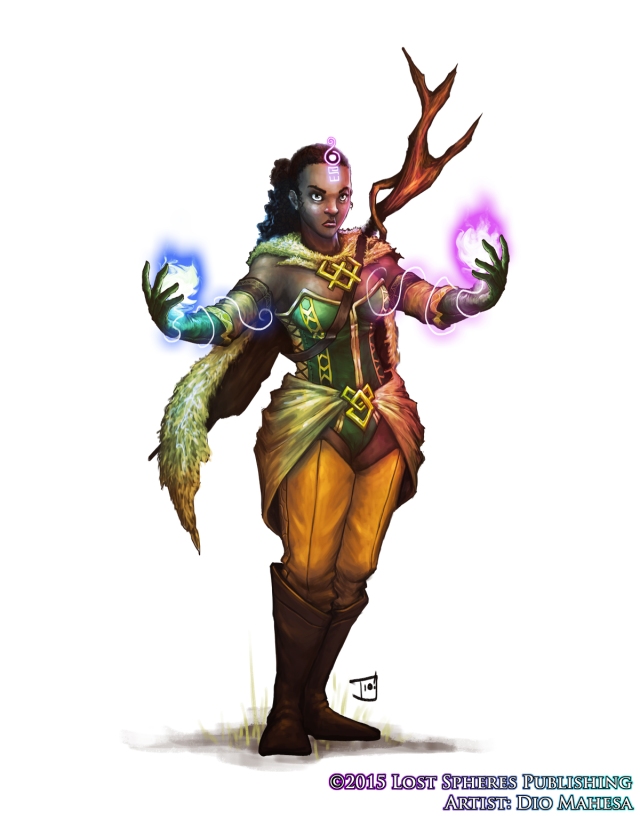 Introduced in this fine source on Shadow Magic from Interjection Games, the concept of Residuum, a remnant energy from using Radiance or Shadow powers (called waypoints) brought us the concept of harvesting small bits of left over energy when utilizing power.

If stands to reason that most Liminal Power users (psionic or psychic) could similarly harvest motes of leftover energy from utilizing powers similar to those of Shadow. Which leads us to today’s Book of Beyond: Liminal Power preview:

Benefit: You gain a Residuum pool for each liminal source you have access to. This pool has a limit of 2 + 1 per six character levels. When you utilize a spell, power or supernatural ability from you get 1 point of Residuum of that type. You also gain a base Residuum power with which you can expend Residuum points to gain a +1 circumstance bonus to Concentration checks or +1 to attack rolls to deliver spells or powers. Residuum points are lost when spells or power points are regained.

Special: Some GMs may wish power users of all kinds to be able to gain Residuum. See other Lost Spheres products for more info on potential Soruces.

Benefit: You may expend Residuum from a single Source to enhance an spell or power from a second Source. When you cast, manifest or use a power from a source different from a current pool of Residuum you have generated, you may expend points of Residuum to grant the spell +2 to damage rolls per point spent. Alternatively, you can spend 2 points to increase the DC by +1 and caster or manifester by one (also augmenting a power as though a power point was spent).

You can pre-order with the Book of Beyond WIP subcription or see our other products at: d20pfsrd.com, drivethruRPG, paizo and RPGNow.

1 Response to Little Bit (Book of Beyond – Expanded Residuum)